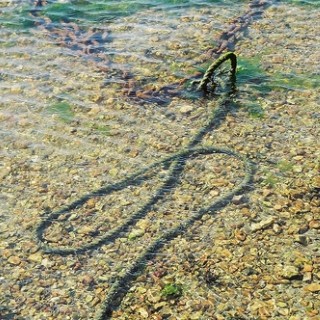 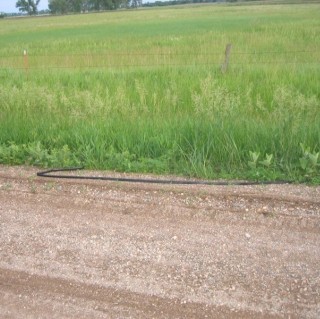 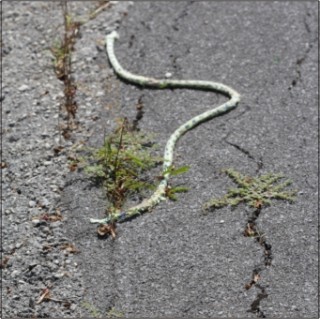 Here in this area, there are sknakes, even so poisonous ones: the asp viper!

It may happen that you see a snake; but after that you recognize it is only a root or a rest of a rope.

«When you see a rope and think it's a snake, as long as you have not recognized the rope, you are frightened because of the snake; but the moment you realise that it is not a snake but a rope, then all your anxiety ceases.

It terrorised you and created a sense of fear, but when you realise it is only a rope the reality of the snake disappears. Even though the rope may now appear to be a snake, it is of no significance to you.

Simi­larly, as far as enlightened people are concerned in their enlightened awareness, when they come out of the state of samadhi, though they may perceive the world they know, there is no content of reality in it. There is only an apparent perception or appearance and no more.»

Around the Eremo there are Asp vipers. Every year, at least I see one. They are not really shy!